Another possible cover for Coding Hour 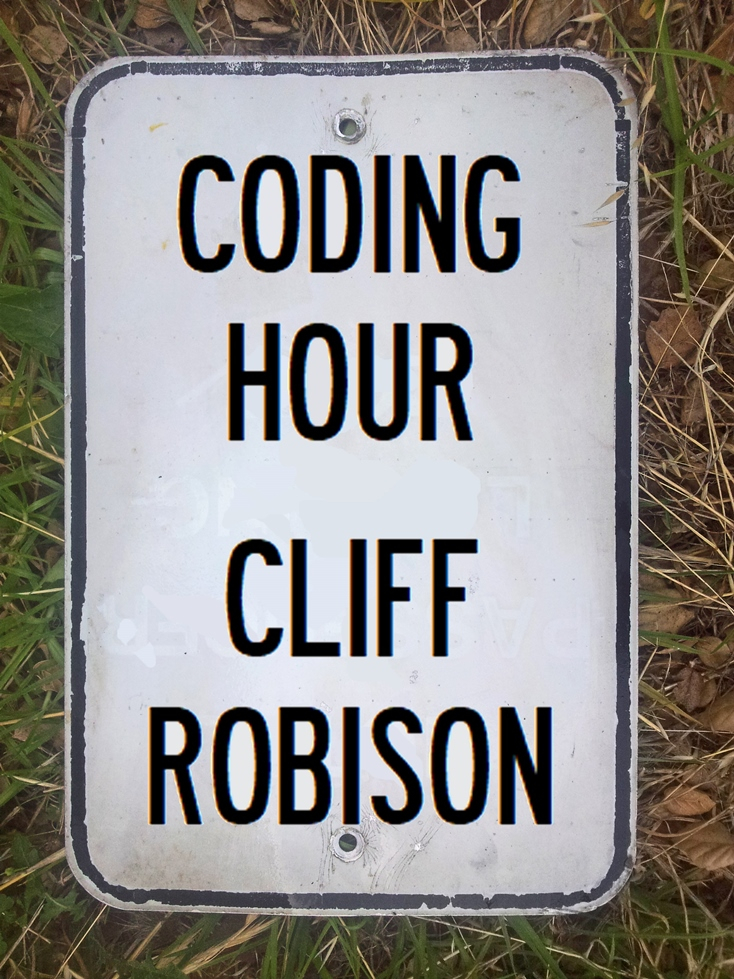 Something about a road sign on the ground makes me think of small towns. Maybe a couple of bullet holes for effect?
This is going with the  Keep It Simple, Silly philosophy of cover design.
Would added elements, apparently "dropped" next to the sign add or detract from it? What elements might be helpful?
For the back cover, I'm thinking of using the same sign as a frame, with the Blurb, Teaser, and Bar Code inside the frame. Possibly a couple other elements to clarify the genre...
_________________________
My Books:
https://voidwheretaxed.wixsite.com/rockandfirepress/about