Dealing with retailers and the "vanity press" prejudice 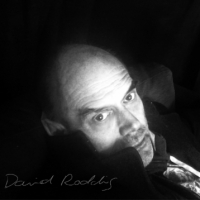 davidRoddis Toronto, Canada Writer
June 2018 edited June 2018 in General Discussions
Hi everyone,
I've just started to market my paperback and have the first inklings of a problem.  I'm sure this problem can be overcome, and I wanted your thoughts on how that could be achieved.
The problem relates to bygone days when authors who couldn't get published otherwise would self-publish - this was called "vanity publishing", and lower end mags were filled with adverts for "publishing your book" or whatever, and often it was a scam.  Then people would stuff handkerchiefs in their mouths and read the books, which were usually dreadful.
The problem came up like this: A friend of mine was in a shop and it occurred to him to mention my book.  The lady owner was apparently aghast at the thought some self-published book in her store, but he got her card for me.  Now it's my turn to persuade her that just because it's self-published doesn't mean it's a joke.
Of course, good writing, good proofreading and good cover design will help start the conversation. Also, reviews, which I'm working hard to get.  But what do you suggest is a way of expressing that this is an entirely new way of thinking about publishing?  How do I address that initial negative reaction, the "vanity publishing" kiss of death?
David Roddis
"From the moment I picked up your book until I put it down I was convulsed with laughter.  Next time I intend reading it."       —Groucho Marx
Tagged:
2 · Share on Twitter
«12»