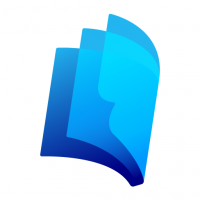 We've got some pretty cool news.

Some of you have likely noticed that I often will hint that we listen to the concerns you all have and that we have things in the pipeline to begin addressing those concerns, yet nothing new has come out of Lulu in a long time.

Well, the next few weeks are when all that changes.

Lulu xPress is a simplified and much improved form of the traditional Lulu Wizard. Basically, we stripped the process down to the absolute bare bones and started over. This is the first iteration and you'll notice there is no shop or retail distribution.

At the moment, the xPress site is still very basic, but it serves as a first look at our new book builder, along with an improved pricing model that will eventually filter out to Lulu proper, and expanded options - we're up over 3,000 combinations now.

That's not even the coolest part!

What we've got here is a App using the Lulu xPress framework that allows anyone with a Shopify store to create a book, upload their files just like they would on Lulu, and sell direct using our network.

All of this is built with our API for printing - run through our Developer API. We're redesigning our entire book creation system so each piece can function as an independent API, giving authors and entrepreneurs options about how they create and sell their books.

The xPress site is up and running now, and I'll update this thread later in the month once Shopify is live. For now, I'm happy to answer any questions and will gladly relay any feedback to our developers.