I would get a little feedback on this cover. I have some specific questions I would like to present to outsiders, that is, anyone who does not know me or hasn’t read this book.

Every part of the cover is explained in the book, they aren’t just random images.

Front:  The UH-1C gunship is the Army and Vietnam experience. “Cinnamon” is the sub-title, and a character name. Plus the name, “Cinnamon” is brought up in the first page, and fully explained later in the book. The galaxy, is an integral representation of one of the characters.

Back: The three couples are the central characters, the one couple walking into the glow (not a light.) will be recognizable to anyone as they read the book; as will the other two couples, and the two helicopter mass flyovers.

My questions: Will this cover be intriguing to someone seeing it for the first time? Will they care enough to open the book and read  to see what it’s about? Are all the different symbols an attraction or distraction? And, is the galaxy on the front recognizable as such?

Does the blurb pique the interest?

Last, does the ISBN barcode have to be over a white background, or will this way suffice? It looks readable to me, but I don’t know what is required.

Right now, I’m waiting on my proof copy to see how the colors turn out, before I do any changes. 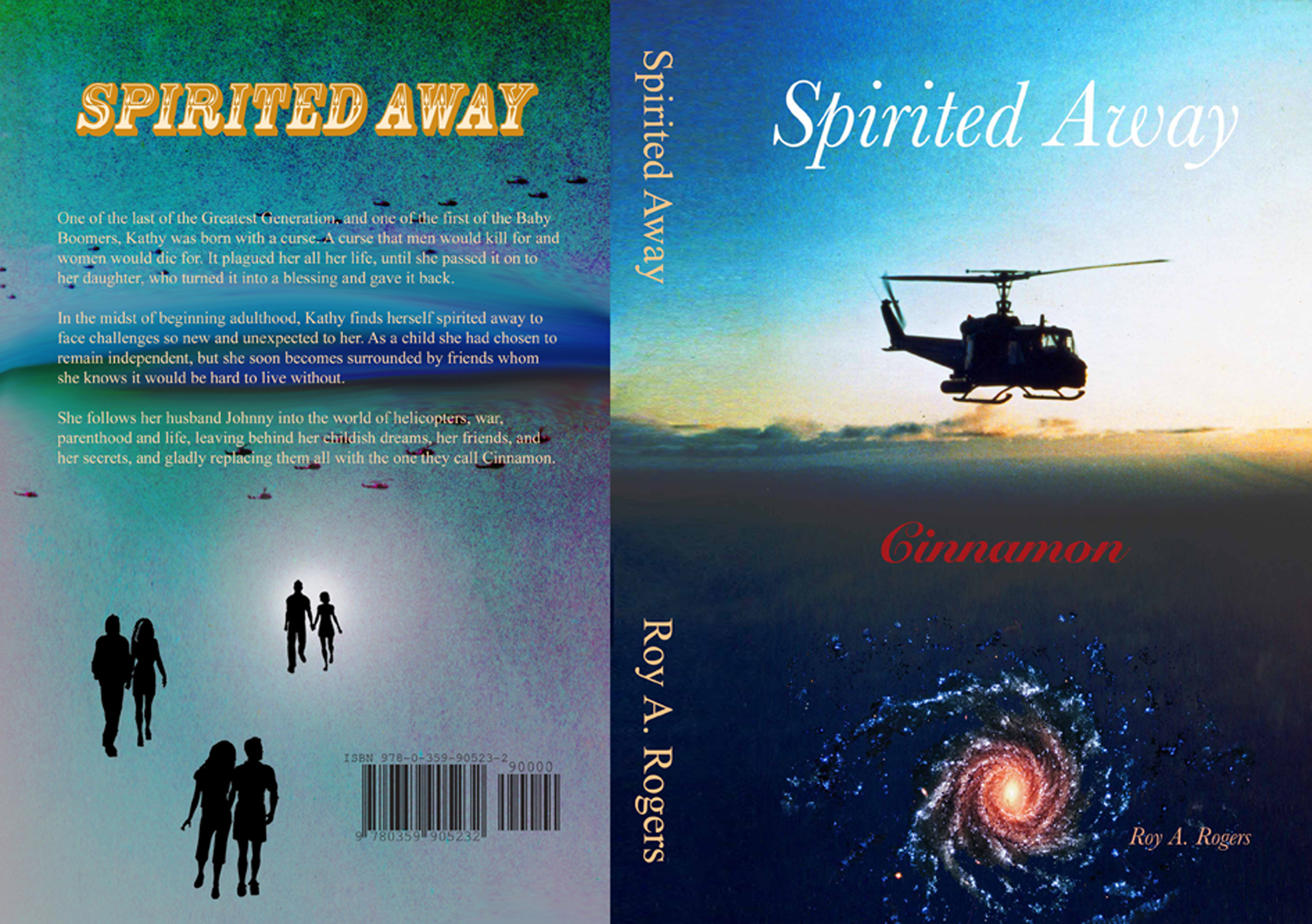