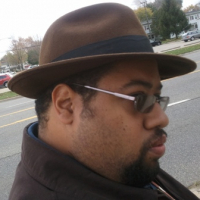 SyntellSmith Writer
October 2018 in Author Workshop
Greetings all, things are coming along for my novel, Call Numbers. I've been fortunate to find a few beta readers and I'm still querying agents. I recently had someone on Fiverr write a blurb for my back cover, but I feel it's kind of long and the only way to fit it all would be small print. I would like some input from the forum.

The tagline on the top would be: "The Not so quiet life of Librarians."

Life is a book… and every person is a chapter.
Everything’s looking up for Robin Walker. It’s 1994 in New York City, and he’s been transferred downtown to the 58th Street Library. Ready to move up the ladder, Robin is excited about the opportunities that await him.

But his future is about to crash into a group of strangers that will change his life forever. There’s his supervisor, Sonyai Yi, who wants Robin gone because she promised his position to branch page Janelle Simms for reasons Sonyai can’t reveal. Meanwhile, she’s involved in a simmering feud with head librarian Augustus Chavez. And within both camps are people who seek to overthrow their leader through backstabbing and betrayal.

Meanwhile, another group of library employees decides to remain neutral. Information Assistant-in-training Angie Trueblood attends night school, like Robin, so she can one day become a head librarian. And a few branch pages focus their attention on Robin himself, in very different ways. There’s Alex Stevens, who hates Robin as much as Janelle does. But there’s also Lakeshia Seabrooke, who develops a surprising crush on Robin despite their age difference.

Robin is forced to handle everything on his plate, but everything keeps piling up. Aside from his volatile work situation and attending night school, he must also deal with his ailing grandfather. Robin finds solace in his old college friends, whose misadventures bring him perilously close to a tantalizing Asian student who he wants to get closer to.

But success, personal or professional, is as elusive as a first-edition rare book. Robin struggles with his strange new work environment, as this motley crew of employees generates more drama than a runaway bestseller. He doesn’t know who to believe – or who to let in. And as potential romance mingles with devious machinations, there’s no telling where Robin’s story will go. All he knows is that he must see it through to the very last page.

Call Numbers is a captivating and multilayered adult drama. Through realistic dialogue and situations, author Syntell Smith has crafted a modern-day classic about the trials and tribulations of adulthood. Because a library is usually the last place you’d expect high drama… but for these characters, it’s long overdue.
0 · Share on Twitter